For many people, Christmas means a train ride ‘home’. However, some people will want to venture further from home for the festive season.

We’ve come up with a list of best destinations for Christmas train trips. Here are some of the best Christmas city breaks.

By visiting Italy by train in winter you'll have many of the natural and cultural heritage hotspots to yourself. Exploring the Italian Riviera in low season, for example, offers a different experience of the towns and villages that dot the coastline. With everyday life in full seasonal swing, but without the crowds.

Low sun and northerly winds bring clear skies and average December temperatures of 10°C on the Italian Riviera, creating seasonally mild walking conditions, be it on the beaches around San Remo or hills of the Cinque Terre National Park, in Liguria.

The first leg of the route to the Italian Riviera by train is London to Marseille which takes just 6 hrs 30 mins, including a change of train in Paris. At Marseille, it’s the same station change to take a train to Genoa stopping at picturesque towns and villages en route, making a visit to the Italian Riviera by train easier. The setting of seaside towns such as Bogliasco will pack plenty of Mediterranean sparkle into your winter calendar. 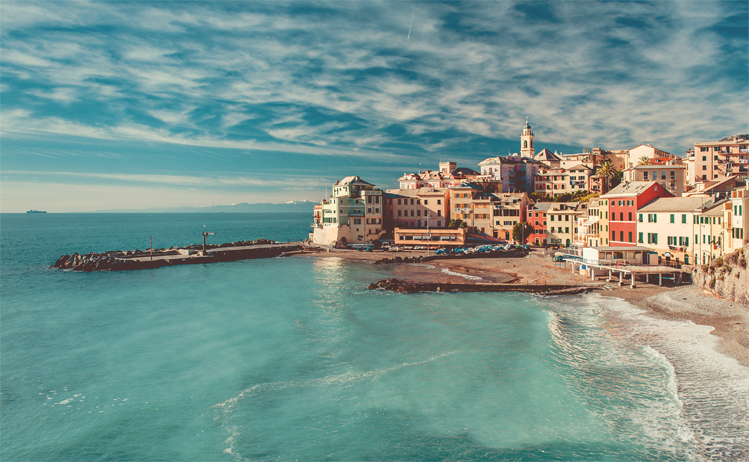 The Italian Alps also pull in the ski crowds. The nearest train station to Breuil-Cervinia Alpine resort in the Aosta Valley region, for example, is Chatillon-Saint Vincent. Travel there by train in 12 hours from London. The most famous regional peak is the Matterhorn, shared with Switzerland, emanating from which is a wonderful web of high mountain routes. Other sought-after spots in the Aosta Valley include Plateau Rosà and Ventina Glacier.

The ease of getting to France by train from the UK comes as no surprise. It’s just over 2 hours from London to Paris and winter sees the famous City of Lights in its element. There are some other less obvious winter getaways in France by train, however. The city of Tours in the Loire Valley is just one hour south of Paris by train. Its station is a stunner, dating back to 1898 and the area in front of the station becomes a festive treat. You will also have Tours’ elegant old town, Gothic cathedral and museums pretty much to yourself during the winter time. And with a great train network taking you into the Loire Valley, enjoy some winter elegance at magical spots such as Amboise Château, which is just  17 mins by rail from Tours. The world famous Chateau Chenonceaux goes for full-on Christmas chic too and is just 25 mins by train from Tours. 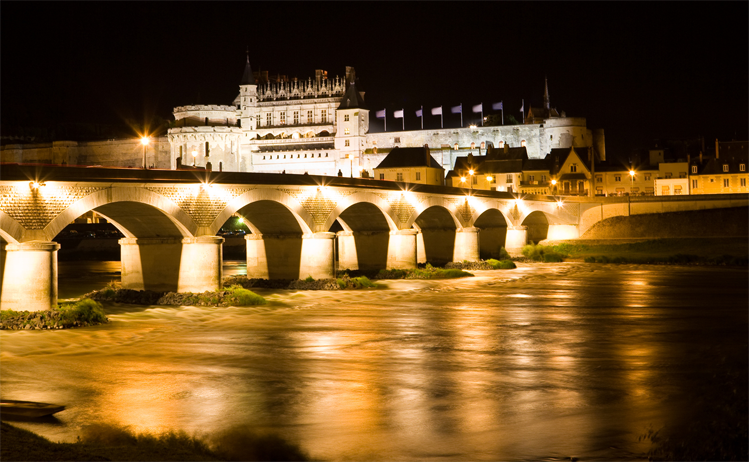 It is very easy to travel to Germany by train, regardless of whether you're coming by rail from the UK, France or one of Germany's other neighbours. The biggest attractions during winter are the country’s stunning Christmas markets, with over sixty in Berlin alone. Berlin is 9 hours by rail from London, however, the less visited city of Bremen also has a special festive charm. The seasonal traditions revolve around the old city but also along the river Weser, with a waterfront Christmas market and illuminated boats beckoning visitors on board. You can reach Bremen from London in under 8 hours by rail. 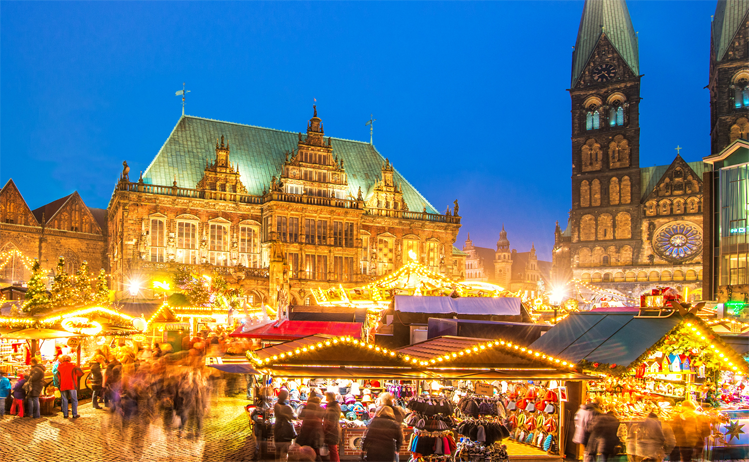 Direct Eurostar connections to Belgium and The Netherlands make rail the easiest way to get to both of these countries from the UK. However, there's far more to see than the destination cities of in Amsterdam. Bruges, for example, is famously ‘in’ at Christmas and the winter months are a great time to explore the canals, cottages and medieval marvels that are somewhat crowded out in summer. It’s just under an hour to reach Bruges from Brussels making a total journey time well under 4 hours from London. Bruges is also one of the best places to do some serious Christmas chocolate shopping, and you can walk off the calories on the nearby Flanders beaches. 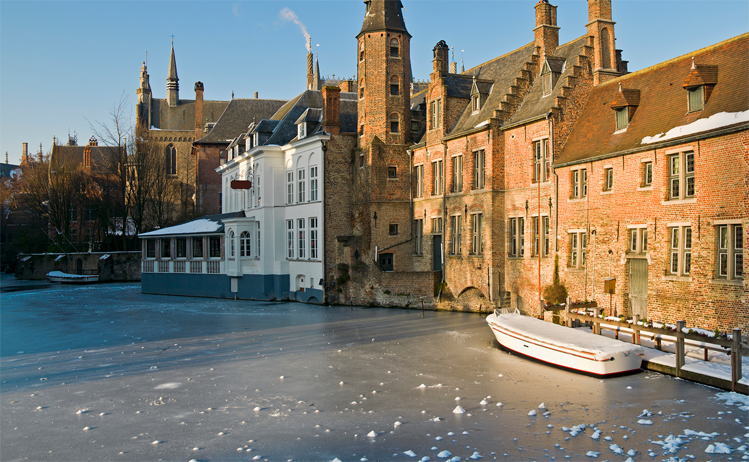 It felt as if Christmas had come early for train lovers this year, with the arrival of new direct trains to Amsterdam. Enjoy the canals and Rijks Museum in peace, delight at the festively illuminated bridges and join the traditional Sinterklaas parade on 18 November. This train connection also opens up the rest of The Netherlands for quick and easy winter getaways. The Hague, for example, is a 50 mins train ride from Amsterdam Central station. Here you can visit the impressive Peace Palace, International Court of Justice and the Mauritshuis Gallery to see some Dutch masterpieces. As well as having a winter wake up on The Hague’s stunning beaches at Scheveningen and Kijkduin. 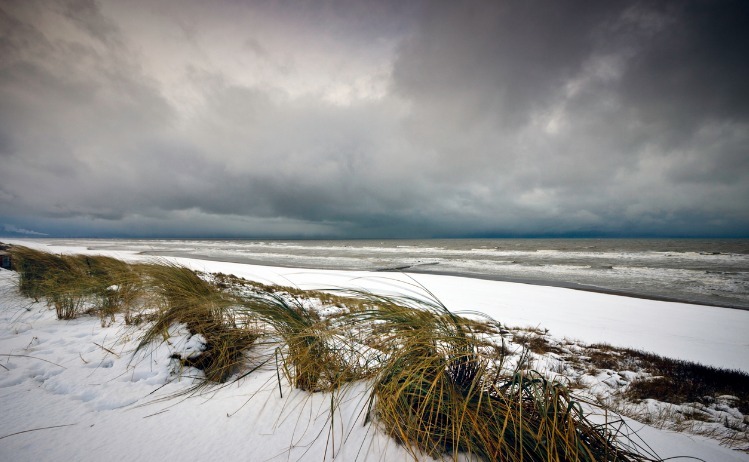 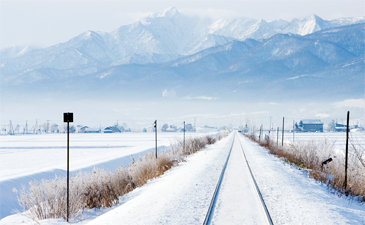 Ski train from London to the French Alps

If you fancy sloping off to the French Alps for a winter getaway, travelling by train is the smart alternative to flying. Reaching French ski resorts by rail from London can be less stressful, more fun and less expensive than taking the plane.

French winter tickets have now been released as of 3 October 2019 with further booking dates open as of 17 October. 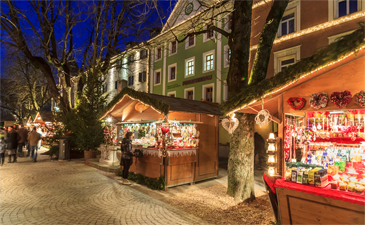 Add some extra magic to the build-up to the festive season by embarking on one of our top European Christmas market breaks by train.