The authors of 'Europe by Rail: The Definitive Guide for Independent Travellers', share some of their favourite autumn rail journeys.

With summer slipping slowly into autumn across much of Europe, it’s time to explore some of the great autumn season train journeys on offer. From early October, the tourist crowds are heading home and many resorts and trains are markedly less busy. It’s a time of year when it’s easy to travel more spontaneously without needing to spend the earth. Even booking just a few days in advance, it’s still possible to pick up great deals for rail travel across Europe in the months of October and November.

Here are some of our autumn favourites:

Discover the Scottish mountains by rail 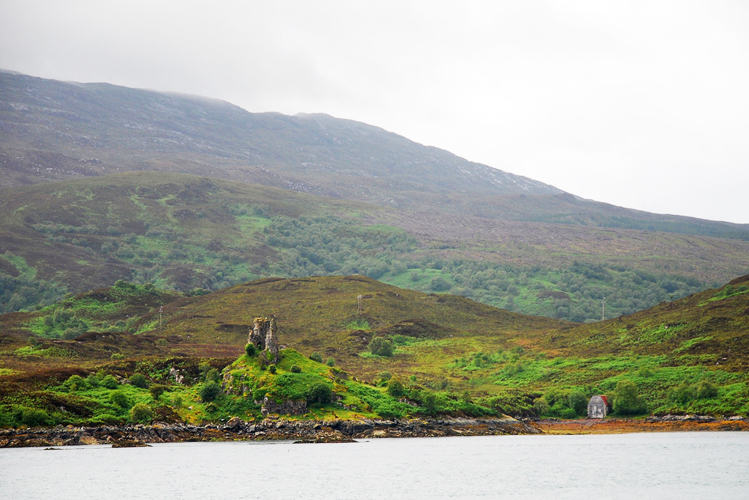 Kyle of Lochalsh; ruins on Skye by Ingolf reproduced with thanks under a Creative Commons 2.0 licence.

The West Highland line to Fort William and Mallaig features on every hot list of scenic train trips, but we think there’s another Scottish rail route which is even better for autumn journeys. The train journey from Inverness to Kyle of Lochalsh takes less than three hours but reveals a fine variety of Highland landscapes, from glens and forests through to the drama of the west coast on the approach to Kyle.

With a choice of four trains each day (except Sundays when there’s just one), taking the train from Inverness to Kyle of Lochalsh is a hassle-free way of catching the colours of autumn on the Scottish hills, and you can even spot the ruins on the Isle of Skye.

Explore the Moselle Valley by train 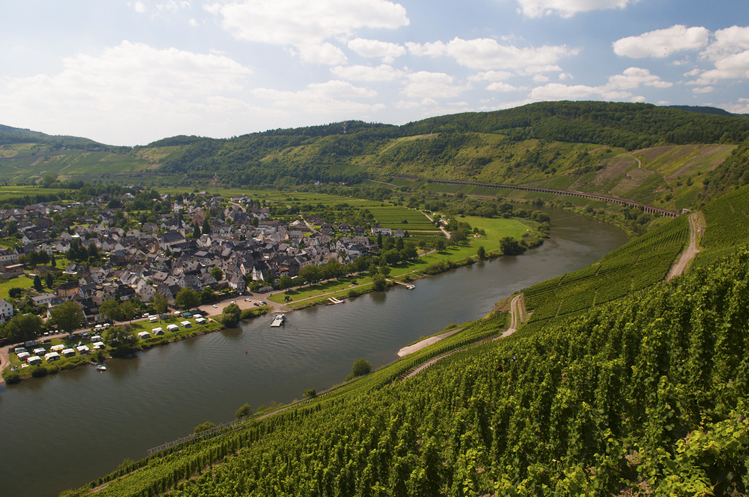 Moselle River by Anna & Michal reproduced with thanks under a Creative Commons 2.0 licence.

The grape harvest is well underway in Germany’s Moselle region. The Moselle flows through three countries (France, Luxembourg and Germany), but the prettiest section of the valley is that between Trier and Koblenz in Germany. Take the train to Traben-Trarbach and stop off for a day or two from where it’s easy to make excursions by train to both Trier and Koblenz.

Travelling by train from London to Traben-Trarbach via Brussels and Cologne takes just less than 8 hours. There is also the option for travelling from London to Germany’s Moselle region via Paris and Luxembourg in 8 hrs 40 mins.

Escape from Berlin by rail 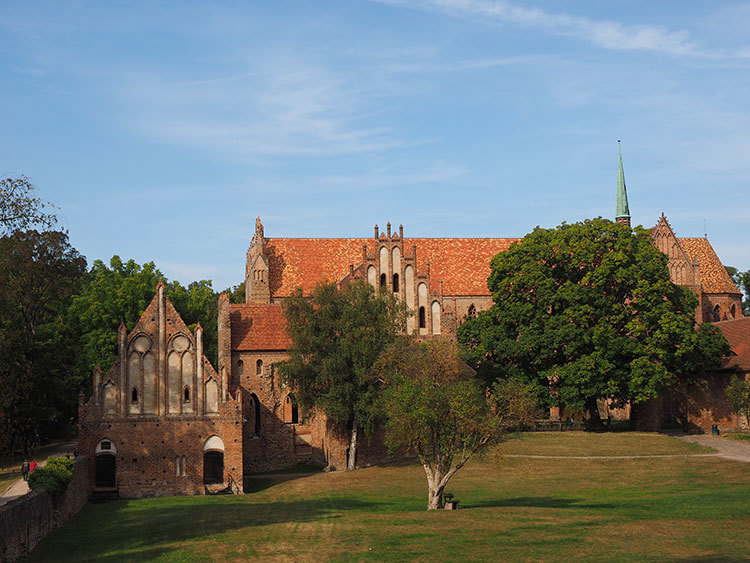 The former monastery of Chorin, less than an hour away from Berlin by train © hidden europe.

Berlin has enough treats to fill a lifetime. But few visitors to the German capital take time to explore Berlin’s serenely beautiful hinterland which is at its very best in October. The mixed forests north-east of the city are easily reached by train. Take the hourly train from Berlin Hauptbahnhof to Chorin (a 45 min journey), from where it’s an enjoyable walk through magnificent woodland to the beautiful ruins of the former monastery at Chorin.

Good weather often lingers in eastern Germany well into autumn so there’s still time to take the train to Bad Saarow (just under an hour from Berlin by train) where there are daily boat trips on Scharmützelsee right through October, and then on weekend days only until the end of November.

It is possible to book train tickets to Berlin from stations across Europe. It takes just over 9 hours to travel from London to Berlin by train and you can pick up some great discounts by booking German train tickets in advance. It is even quicker and cheaper to travel by train from Amsterdam, Paris or Zurich to Berlin. 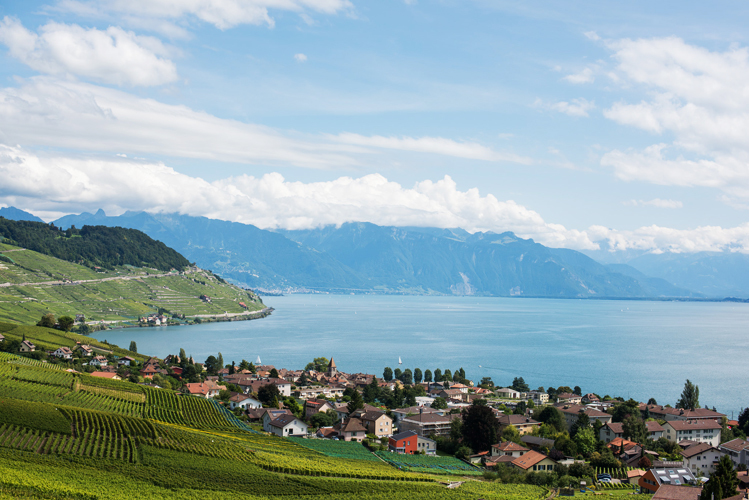 Grandvaux, Switzerland by Gabriel Garcia Marengo reproduced with thanks under a Creative Commons 2.0 licence.

One of our favourite corners of Switzerland is the Lavaux vineyard region which lies between Lausanne and Vevey on the north side of Lake Geneva. October is the best month of the year to visit this area, which is very well served by the railways. One rail route skims the lakeshore, serving delightful villages like Saint-Saphorin along the way. Another line runs west from Vevey through the very heart of the vineyards. The local train on this route is called the Train des Vignes.

Lausanne and Vevey are both good bases for exploring the Lavaux region. But for a real treat you could stay at Grandvaux, a small community surrounded by vineyards. We can recommend the Auberge de la Gare which is right by the railway station in Grandvaux. It’s a place to try the delicate fillets of perch which are a Lake Geneva speciality and local Lavaux region wines. On clear days there are fine views from Grandvaux across Lake Geneva to the Mont Blanc massif.

You can travel from London to Lausanne by train via Paris in just over seven hours. The Lavaux region is easily reached from major Swiss cities. Basel, Geneva and Zurich are all under two hours away by train. 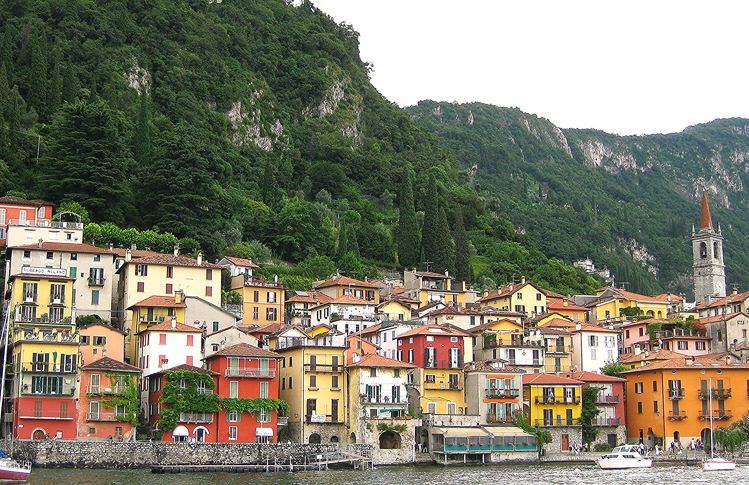 Varenna by Blok 70 reproduced with thanks under a Creative Commons 2.0 licence.

The combination of lakes and mountains on the southern flank of the Alps is especially appealing in autumn. There are several lakeshore rail routes which are perfect for this season. Travellers using the Bernina Express rail route from Switzerland to Italy often continue down the eastern side of Lake Como on the run by train from Tirano to Milan. This railway offers fine views across the lake towards the mountains which straddle the Swiss-Italian border. Visitors could stay in the beautiful Varenna (pictured) for a day or two as well. During mid-summer, this lakeshore community is formidably crowded, but we think it’s the perfect choice for an autumn break.

Varenna is easily reached by train – the local railway station is called Varenna-Esino - fast trains from Milan take just 63 minutes. Another Italian lakeshore rail route which makes a splendid autumn journey is the line which skirts the west side of Lake Maggiore around Stresa. This route is used by all direct Eurocity trains from Switzerland via the Simplon Tunnel to Milan.

Europe by Rail  highlights more train journeys like this across Europe for every time of year. The book showcases fine journeys and worthwhile diversions. It’s a real help in journey planning. 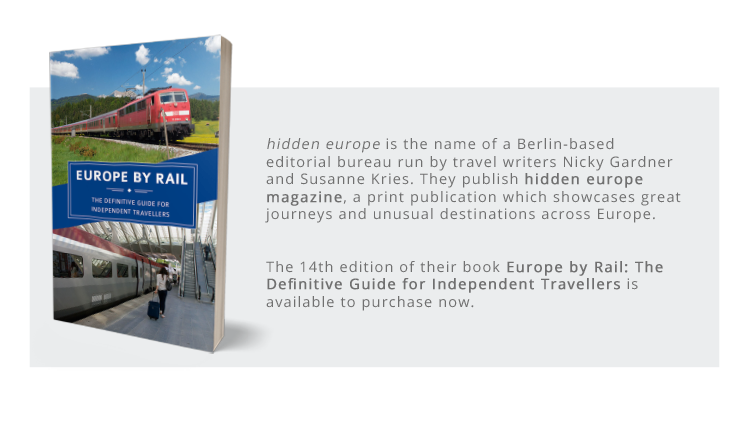 Banner image: Chorin Biosphere Reserve by stachelbeer reproduced with thanks under a Creative Commons 2.0 licence.