Scenic train trips in the UK that offer an extra golden charm in autumn.

The UK is blessed with a rich variety of scenic rail routes. From stretches through national parks to the many coastal trips up and down the country, and the rugged natural beauty of the highlands, the rail traveller can witness some stunning views. We've selected some of the most scenic railway journeys in the UK that are enhanced further by the coming of the colours of autumn.

Scenic train journeys in Scotland are not rare and the West Highland Line between Glasgow and Mallaig is considered Britain's best one. Over the course of 260km, the 'Road to the Isles' speeds through dramatic landscapes, passing the banks of Loch ­Lomond, before speeding past ruined castles, mountain peaks and waterfalls toward the west coast. Spot Britain’s highest peak, Ben Nevis, as you near Fort William and take in the wonders of Glenfinnan Viaduct.

Getting there: Arrive in Glasgow in under 5 hrs from London.

Inverness to Kyle of Lochalsh

The train journey from Inverness to Kyle of Lochalsh takes just under 3 hrs and reveals a fine variety of Highland autumn landscapes. With a choice of four trains each day (except Sundays when there’s just one), taking the train from Inverness to Kyle of Lochalsh is a hassle-free way of catching the colours of autumn on the Scottish hills, and you can even spot the ruins on the Isle of Skye.

It’s just over 3 hrs from Edinburgh to Inverness 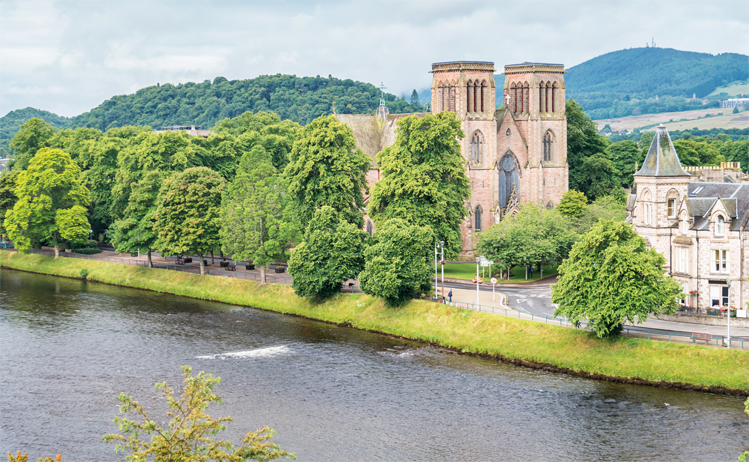 The East Coast Main Line is key to life in the UK, it connects many cities and communities over the course of its 632km. Of course, most notably connecting the capitals of England and Scotland.

Travel south from Edinburgh to London and enjoy several memorable moments along the way. Cross the border between Scotland and England whilst savouring the beautiful coastal scenery of the Berwick-upon-Tweed area as well as the incredibly striking stretch of coastline between Dunbar and Alnmouth. The train then races down to Newcastle, enjoying a magnificent run over the River Tyne. You don’t wait long before taking in views of Durham Castle and Cathedral, before completing the journey through English countryside, getting into London in under 5 hrs. 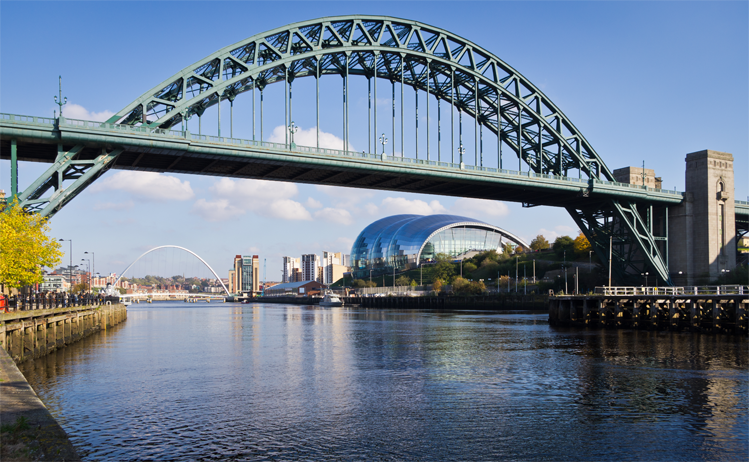 This route, through a large chunk of northern England, spends over one-third of the journey weaving through the Yorkshire Dales National Park. Yorkshire is rightly proud of its countryside, the self-proclaimed ‘God’s own country’ bursts with beauty in autumn. The Dales and Moors may be the most famous national parks, but there are other less well-known areas of Yorkshire waiting to be discovered too, like the Howardian Hills Area of Outstanding Natural Beauty and the magnificent cliffs at Flamborough.

An added bonus of the journey from Settle to Carlisle comes in the form of a structure standing 31 m high and 400 m long: Ribblehead viaduct is the track's most dramatic feature – comprising of 24 soaring arches. Its backdrop being Pen-y-ghent mountain, one of the Three Yorkshire Peaks. 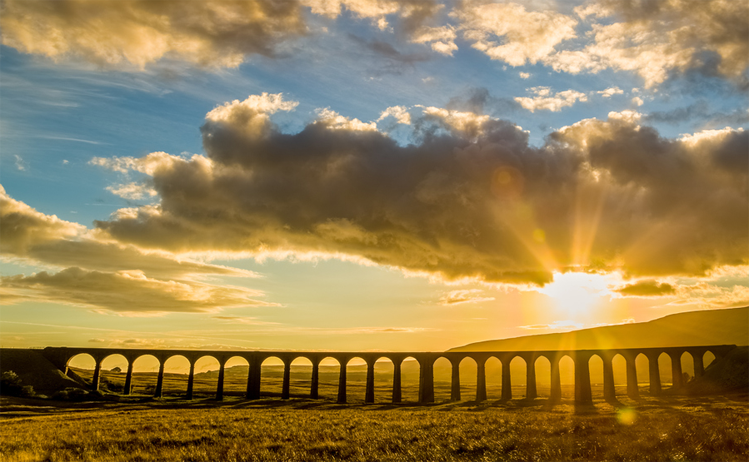 In Exeter, you’ll find more than a few traces of Roman times and one of the most famous cathedrals in England. Full of wonder at all times of the year, the train journey from the bustling city of Exeter to the classically quaint seaside town of Dawlish is short - taking under 30 mins.

Not only is the Exe Estuary popular with families on holiday, but the clear waters provide a vital habitat for wildlife. This rail route doesn’t only get you from A to B but also offers the traveller an invaluable opportunity to see if you can catch otters, seabirds and even the occasional seal around the sandbanks and upper estuary. Autumn provides a great chance to see a vairety of birdlife before they migrate for winter.

It takes 2 hrs to arrive in Exeter from London. 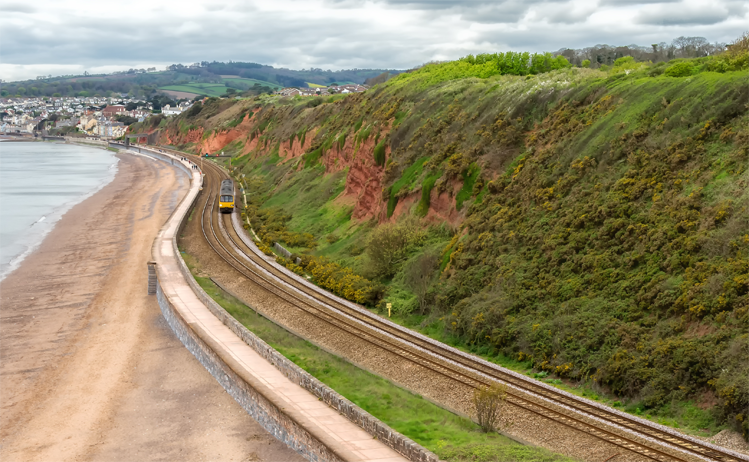