The French and Swiss Alps may monopolise the winter limelight, but a ski holiday to the Italian Alps is an off-piste option for a wonderful winter getaway.

High-speed and direct trains serve various rail hubs close to the Italian ski slopes, and there are seemingly endless options for onward travel on regional trains or buses. Skip baggage fees and crowded airports by relaxing on a rail journey into Italy’s Alps and Dolomites this winter.

Taking the train to Oulx

Most train travellers who disembark at Oulx station, a small town in the Susa Valley, are bound for the slopes. Part of the wonderfully uncrowded Via Lattea (“Milky Way”) ski area, Oulx is a lively ski resort offering panoramic views of France’s bordering mountains. Its location means it’s also incredibly easy to get to, as it’s the second stop in Italy on the high-speed train from Paris to Turin and Milan.

Three high-speed trains go daily between Paris and Oulx in just under 5 hours, stopping at Lyon St Exupéry and Chambéry along the way. There are local trains, normally hourly, from Turin to Bardonecchia, which also stop at Oulx. The journey by train from London to Oulx, via Paris, only takes about 9 hours. 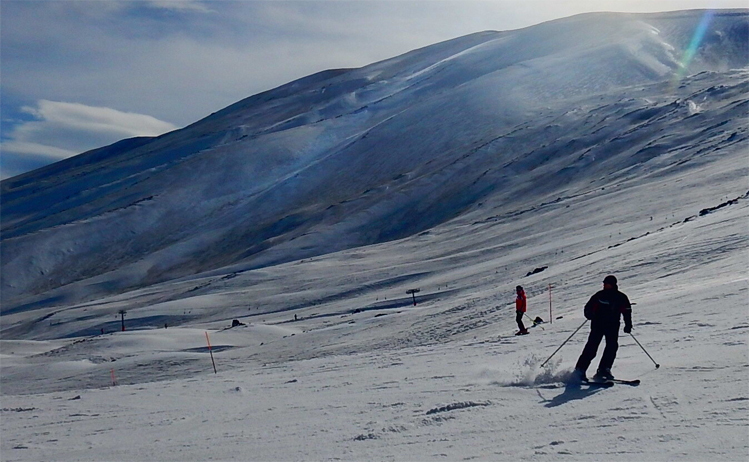 Just an hour away from the Milky Way region is Bardonecchia, in Italy’s Piedmont. Traditionally one of the country’s quieter skiing spots, its uncrowded ski runs make Bardonecchia one of Italy’s most underrated ski resorts and a fantastic place to enjoy fresh snow freedom.

The resort has 100km of mainly intermediate pistes which are particularly quiet in the mornings and it is also one of the best places for cross-country skiing in Italy.

Bardonecchia is easy to reach by train. The fastest train travelling from Paris to the resort takes less than 5 hrs and has no changes. Combine the high-speed TGV train with a Eurostar, and it’s possible to travel there from London in one day. 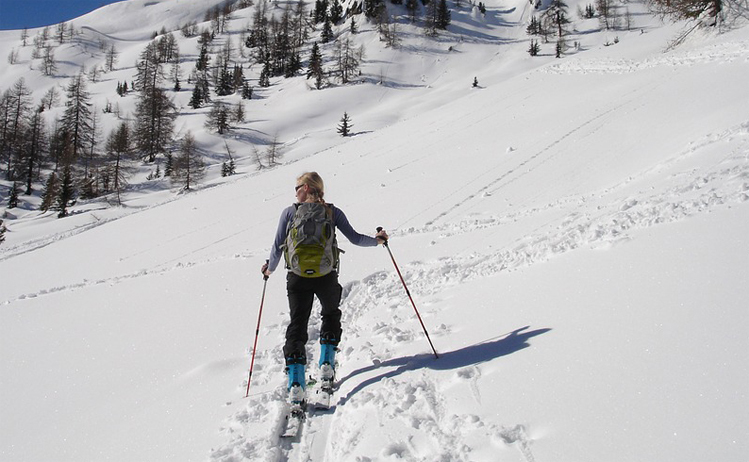 Trains to the slopes of Livigno

Taking a train to the bustling ski resort of Livigno is the perfect travel option, as flying here can be difficult and frustratingly long. Livigno boasts an excellent range of modern ski lifts, stunning views and reliable snow. It is also widely known as a resort that offers good value for money without compromising on quality of experience.

Livigno is served by the station of Tirano (2 hours away by bus). The best route to take is to travel to Milan by high-speed train and catch a regional train to Tirano. Trains between Milan and Tirano take around 2 hrs 30 mins.

Tirano is also the starting point for the iconic Bernina Express, which acts as a rail link between Tirano and Saint-Moritz in Switzerland. The Bernina Express, also known as The Red Train, is the steepest train route in the world and takes about 2 hrs 30 mins to transport you through an Alpine arcadia. 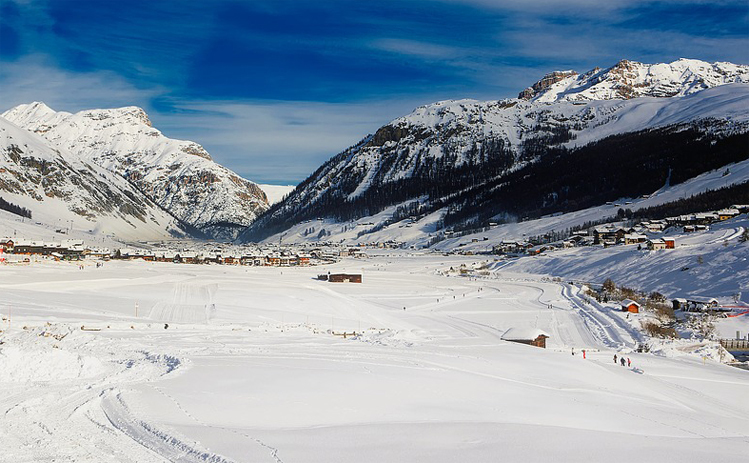 Take the train to Cortina d'Ampezzo

Calalzo di Cadore is the closest train station for Cortina d'Ampezzo, one of Italy’s most famous and glamorous ski resorts in the Dolomites. Calalzo di Cadore is 2 hrs 30 mins from Venice by train  and, from there, it’s only a 35km bus transfer to Cortina d'Ampezzo. The resort offers wonderful scenery thanks to its Dolomite setting with an added dose of glitz and glamour, courtesy of its reputation for having hosted the likes of Brigitte Bardot, Sophia Loren and Audrey Hepburn. 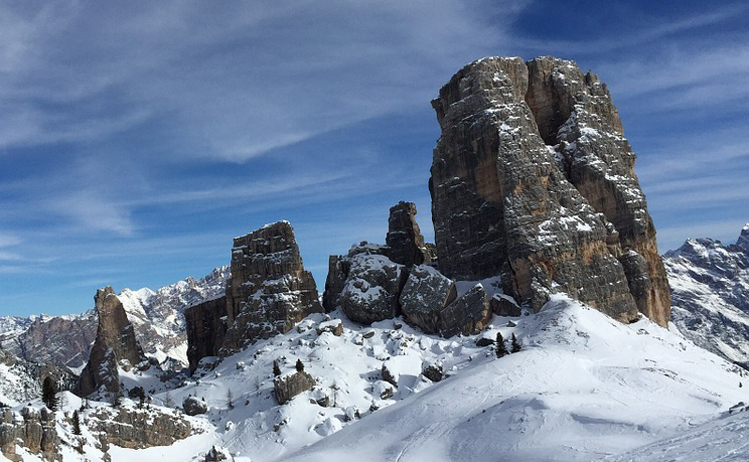 You may also enjoy reading our blogs on London to the French Alps by train, and Getting to the Swiss slopes by train,