Our top European canals and British waterways accessible by train.

Built originally to carry food and fuel across otherwise inaccessible regions, nowadays canals are generally all about fun. Whether you are boating or biking them, or sauntering along the canal walks, here are some of France, Germany and UK’s finest canals with details on how to access them by train.

Starting at Gare Matabiau in Toulouse, this UNESCO-listed 240km canal dates back to the late 17th-century to carry wine, dried fish, cereals and fruit. You can still feast on many French goodies today as you enjoy its journey through the likes of Castelnaudary and the Unesco World Heritage town of Carcassonne. Engineering aficionados, feast your eyes upon the Répudre Aqueduct, the first canal bridge in Europe, the canal tunnel at Malpas and the multi-lock Fonsérannes ladder. The final train stop is at Agde after which you can join the Mediterranean at Sète. 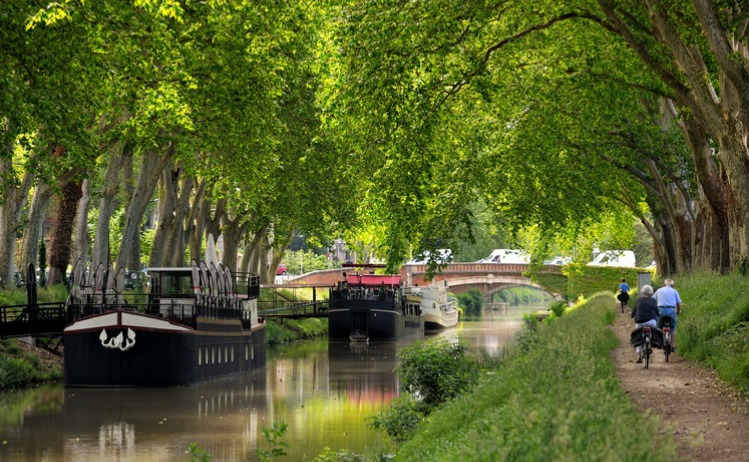 This is a fine Burgundy, all 242km of it, spanning two ‘départements’ of Yonne and the Cote d’Or. Connecting two rivers, you can start on the River Yonne at Laroche-Migennes and finish as the canal meets the River Saône at Saint-Jean-de-Losne. In between, you have a mouth-watering bouquet of cultural and natural heritage, including the medieval marvels of Dijon en route.

The NOK (Nord-Ostsee Kanal) cycling route follows the Kiel Canal, one of the world’s busiest shipping lanes, between the North Sea and the Baltic. Cycle for around 300km through Germany’s Schleswig-Holstein region, taking in huge ships one minute and darting into meadows and forests the next. Cultural highlights along the way include the historic and lock town of Brunsbüttel, the Rendsburg High Bridge across the canal and the port city heritage of Kiel. The NOK Route is well signposted and accessible by train in the west at Burg or Glückstadt (18km or 29km coastal cycle to the NOK respectively) and Kiel in the northeast (10km from the final lock at Kiel-Holtenau). From Kiel you can continue easily by train into Denmark. 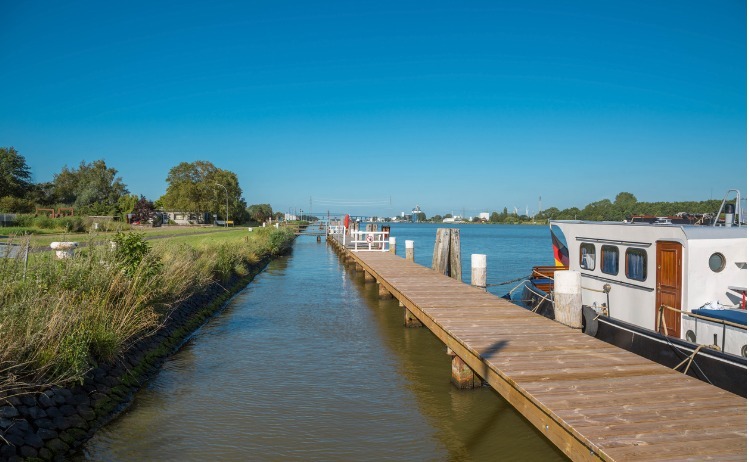 In total contrast to the Kiel Canal, this is a 10km iconic stretch of water in Berlin connecting two sections of the River Spree. This city centre Landwehrkanal is a local favourite. Walking or cycling along its grassy banks takes you through the Tiergarten and funky Kreuzberg district to name but a few. Accessible by local S-Bahn at Tiergarten or several U-Bahn stations. 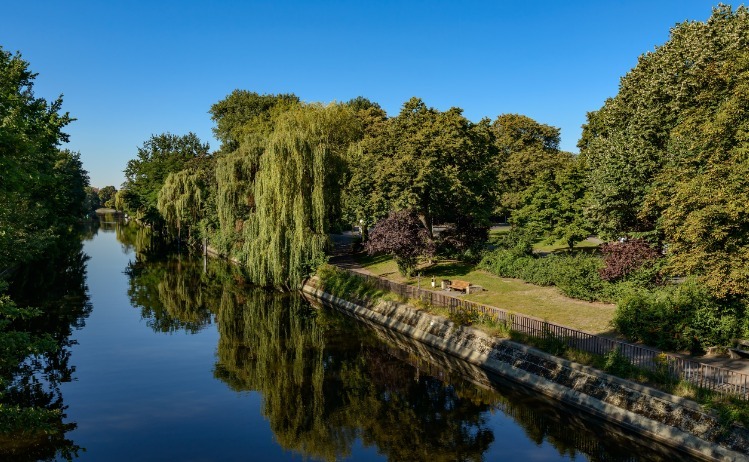 One of many Victorian works of engineering genius, the Caledonian Canal was built to enable ships to travel ‘overland’ rather than taking on the wild waters of Scotland’s northern tip. It isn’t all man-made canal, however, but a series of canals that link up inland lochs between Corpach or Fort William in the west to Inverness in the east. It is also part of the long-distance Great Glen Way.

74km of stunning canal between Nantwich in Cheshire, England and Horseshoe Falls, and just 5km from Llangollen, Denbighshire, Wales. The highlight of this canal is the 307m long Pontcysyllte Aqueduct which you can cross by narrow boat or on foot. At 38m high it is not for the faint-hearted. The aqueduct and canal were given Unesco World Heritage Site status in 2009. Nearby Chirk aqueduct and tunnel are also must sees. The closest stations are Ruabon in Wales and Nantwich in England. 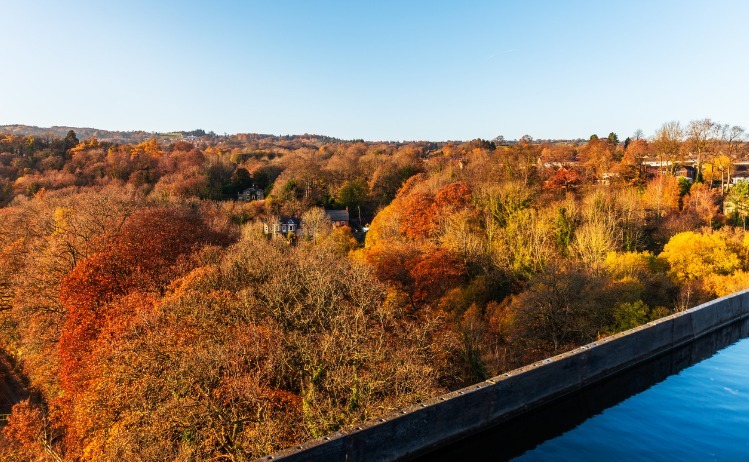 For more info on UK canals and waterways see the Canals and Waterways Trust.