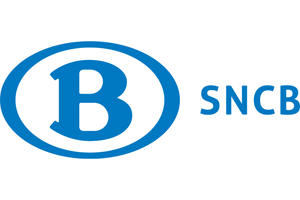 Belgium has reinvented itself over the last 20 years, doing much to refute earlier claims that the country is boring. Its radical edge, its affection for comic art and the surreal, and its cosmopolitan character all make Belgium a great place to visit. From the wistfully beautiful flatlands of Belgian Flanders to the hill country of the Ardennes, Belgium offers some gorgeous rural landscapes. In its cities – the capital Brussels and provincial cities such as Bruges, Ghent and Antwerp – Belgium has some of Europe’s finest townscapes.

Three Belgian cities are on Europe’s high-speed rail network. They are Brussels, Antwerp and Liège. Thalys operates fast trains to Paris from all three cities. Eurostar services from London and Lille run into Brussels. There are direct high-speed trains (either Thalys or Deutsche Bahn ICEs) from both Brussels and Liège to a dozen destinations in Germany, among them Düsseldorf, Cologne and Frankfurt-am-Main. Brussels Midi is well served by French TGV services, with fast trains running directly from the Belgian capital to Lyon, Marseille and Strasbourg. The roll call of French destinations will be expanded in summer 2019 when Thalys launches a new direct link from Brussels to Bordeaux.

From Brussels and Antwerp there are over two dozen direct trains each day to both Rotterdam and Amsterdam, the latter all serving Schiphol Airport along the way. There are occasional direct Intercity services from Antwerp and Brussels to Den Haag.

The Belgian national rail operator SNCB offers a high-frequency Intercity and local train network which extends to all parts of the country and across Belgium’s borders to Aachen (Germany), Lille (France) and Maastricht (Netherlands). There are no seat reservations or advance booking discounts on Intercity or local trains in Belgium. It’s an easy to use hop-on-and-ride service. While there are no rail routes to rival the Alps in terms of scenery, there are some very pretty rides. A favourite is the line which runs south from Liège through the Ardennes region to Luxembourg.