Travelling on an AVE train

AVE trains are used on all services between Spain and France except for trains running to Paris (which use TGV Duplex trains). Within Spain, AVEs operate on many routes from the Spanish capital, connecting Madrid with Barcelona, Seville, Léon, Alicante, Málaga and Valencia.

They also run on inter-regional routes, for example from Barcelona and Valencia to Seville and Malaga. For stunning scenery, the Madrid to Córdoba route is hard to beat – the railway slices through the wild Sierra Morena.

Tickets and reservations will be checked on the platform before boarding AVE trains. Check-in for AVE trains opens 30 mins before the train leaves and closes 2 mins before departure.

AVE trains are spacious, modern and air conditioned and their design was inspired by French TGV trains.

If you are travelling with small children, there is access to changing facilities and play areas onboard AVE trains. Wheelchair facilities are also available onboard.

Power sockets are available at every AVE seat, as are at-seat radios.

Every AVE train has a café or buffet car accessible to all passengers, offering hot and cold snacks and drinks during your journey. At lunch and dinner time hot meals can be ordered. Don’t expect fine dining; you’ll either take your snack back to your seat or enjoy it while standing at one of the bar tables in the buffet car.

AVE tickets are open for bookings 90 days in advance.

AVE is a reservation-only service.

Get the lowest prices on AVE by booking early and don’t wait until the last minute as cheaper seats sell out quickly.

Upgrade to First Class (called Preferente) on AVE trains to gain access to free newspapers and a meal served directly at your seat on longer journeys (Monday-Friday only). Seating is even more spacious with three reclining seats across the aisle rather than four. Passengers with a ‘Flexible’ or ‘Promo+’ ticket have access to Renfe’s club lounges, located at major stations.

Seating in Standard Class (called Turista) on AVE trains is arranged in pairs of airline-style seats across a central aisle. The open-plan carriages are comfortable and offer good legroom. Luggage can be stored in the racks at the end of each carriage and overhead. There are power sockets and onboard radio facilities at your seat. 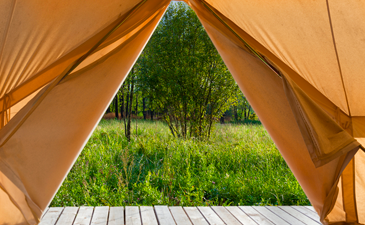 With camping poised to be part of the new normal, and a big resurgence predicted for this year, we think glamping is perfect for train lovers. No car filled with gear, just a train ticket, backpack and a yearning for the outdoors. Whether you are looking for family glamping, glam glamping or beach camping, we have something for everyone. 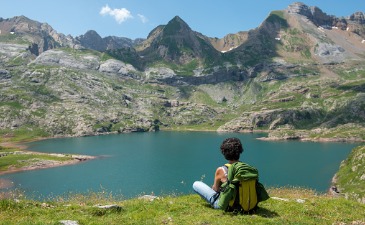 There are over 500 national parks in Europe, some of which are on the doorstep of famous towns or cities. 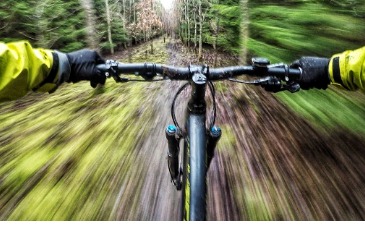 Our favourite long-distance UK cycling trails, that are accessible by train. These are trails that you usually need to plan in advance, not only with maps and training, but by booking your train at either end to get the best bargain fares.